Major Festivals and Fairs in Bijapur 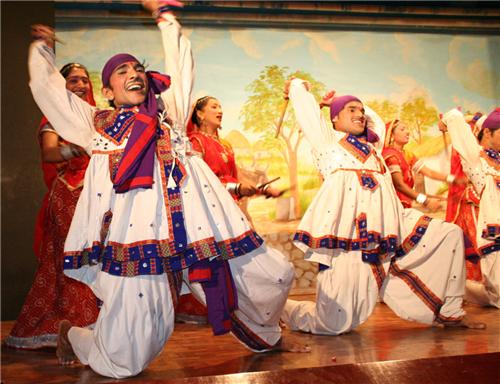 Festivals are the major part of Indian life style. There are a number of festivals in India, celebrated every year. Bijapur, a small city located in the Karnataka state in India is one of the places in the country celebrating so many festivals. All the poplar festivals in Karnataka and India are celebrated in Bijapur along with some local and exclusive festivals of Bijapur. Occasions of Deewali, Dussera, Makara Sakranti, Ugadi, and Eid are celebrated by the people of Bijapur. Some of the famous festivals celebrated in Bijapur locality are described below:

This fair is conducted in Badami on the month of January, every year. Banashankari Devi fair starts on the day of full moon in January and will last for 10 to 12 days. Rathotsava is a popular event held in Banashankari Devi fair. Items including agricultural products and utensils are displayed and sold as a part of this fair.

Other Festivals in Bijapur

Ugadi is the first day of the month of Chaitra, and celebrated as New Year in entire Karnataka. During the festival of Ugadi, people in Bijapur wear new cloths and prepare special food items. Ugadi is considered as the season to start sowing by the farmers in this locality.

Dussera is an important festival celebrated in Bijapur. The celebrations starts in the month of September and it will last for ten days. This festival commemorates the victory of goddess Durga over demon Mahishasura.

Maha Shivaratri is celebrated on the 14th day of Magh, a lunar month. The festival is one of the most celeberating times for people in Bijapur. Celebrations on Maha Shivaratri will last a whole night.

Deepawali is the festival of lights and the word Deepawali means array of lamps. The celebration is a sign of victory of light over darkness and good over evil. This celebration usually last for five days.

Ramzan is one of the important festivals of Muslim community in the region. The festival is celebrated after the strict and regular fasting for some weeks. The occasion is the time for celebration in the entire Bijapur city.

Comments / Discussion Board - Major Festivals and Fairs in Bijapur