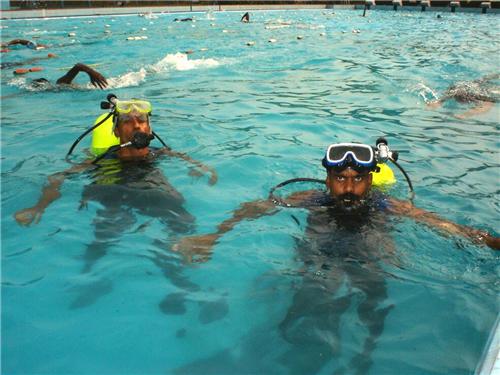 The fire and rescue department in Bijapur is a part of the Karnataka state fire and emergency services department which aims to provide effective fire preventive, fire fighting and safe evacuation of life and property in their jurisdiction. This department is basically concerned with providing rescue, fire safety, calamities, fire prevention, salvage operations during accident and fire fighting measures. They also provide ambulance services to shift the shift victims of fire and other accidents.

The fire and rescue department in Bijapur render advice on fire prevention, fire fighting and evacuation measures, training programs are conducted regularly to create awareness on fire prevention and fire fighting in all the major schools and colleges in Bijapur. The technically trained personnel in the fire and rescue department of Bijapur are setting new benchmarks in saving the life of the people and properties by risking their lives.

It is a voluntary organization under the Karnataka home guards act, 1962 and Karnataka Home Guards Rules, 1963. The main objective of the home guards and Civil Defense Department in Bijapur is to protect life and property of the general public during external aggression and natural calamities. This department plays an important role in protecting property and lives during natural calamities. They also assist the Police in the maintenance of law and order in the district. The volunteers are professionally trained in Basic civil defense and in various services aimed at implementation of civil defense measures. Given below are the details of the fire stations in Bijapur.