Bijapur is one of the heritage cities in India offering a list of ancient architectural wonders and archeological stuffs to the travel lovers in the country. One can find numerous ruins of ancient dynasties, while wandering in this historic city. Among the thousands of people coming to the Bijapur city, many of visitors are interested to have a look at the historical remains of the legends, kings and cultures existed in the locality. To understand the heritage of the Bijapur city, a visit to the museums in the city can be suggested to the tourists. It will be amazing to see the belongings and artifacts of Adil Shahi rulers close in the Bijapur museums, before going to watch the historical monuments built by the Adil Shahi dynasty in the city.

Artifacts of medieval times, time under the British rule, and the time of freedom fights are visible in the museums operate in Bijapur. Mahatma Gandhi’s personal belongings including his cloths, walking stick, sandals, and books are also seen in the museums of Bijapur. Paintings and photographs casting freedom fights and popular freedom fighters are also exhibited in the museums of Bijapur. The Archaeological Museum in Bijapur operating within the complex of Gol Gumbaz, a popular historic monument in Bijapur is the most popular museum in the Bijapur district. The museum show cases so many artifacts of the ancient dynasties and people lived in the city. 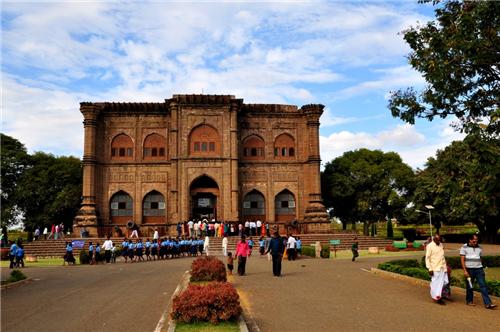 The Archaeological Museum operating in the Naqquar Khana building of the Gol Gumbaz Complex was opened in the year of 1892 as the district museum of Bijapur.  Naqquar Khana, the Trumpet House in Gol Gumbaz is an attractive structure built in the Adil Shahi architecture. The large and royal massive showcases introduced in the Naqquar Khana by the British officers enhance the antique interior in the building. The collections in the gallery of Naqquar Khana museum include stone inscriptions in Arabic, Kannada, Sanskrit, and Persian languages, ancient coins, wooden carvings, China wares, carpets, miniature paintings and many other articles dated back to the time between 11th and 17th centuries.

The museum working on the two floors of the Naqquar Khana has six galleries. Three galleries in the museum are operating on the ground floor while the other three are on the first floor. These galleries protect many cultural properties of Bijapur and Adil Shahi artifacts.  The first gallery of the museum in the ground floor displays a collection of Brahmanical sculptures, when the second gallery on the same floor offers the view of many Jain sculptures. The third gallery in the Naqquar Khana museum showcases various inscriptions of Arabic, Kannada, Sanskrit, and Persian languages. The fourth gallery in the museum exclusively focuses on displaying the arms, weapons and metal wares of Adil Shahis. Miniature paintings, carpets, Arabic and Persian manuscript, China porcelain wares, and small metal objects are the articles displayed in the fifth and sixth galleries of Archaeological Museum, in Bijapur. The museum will be opened to the public from 10.00 am to 5.00 pm of every day in the week, except on Fridays. The entry to the museum for children of age less than 15 is free and the entry fee for the adults is Rs. 2 per head. 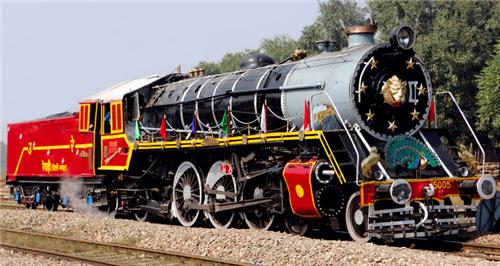 Museum showing the history of railway and different engines used in train is another attraction among the museums of Bijapur. It is an important museum in the city other than the historical museums. Models of different train engines and their details are available in this museum. A visit to the museum will be an unforgettable experience to the people who are interested in the field of technology.

Other museums in Bijapur

Comments / Discussion Board - Museums in Bijapur