One Day Trip from Bijapur 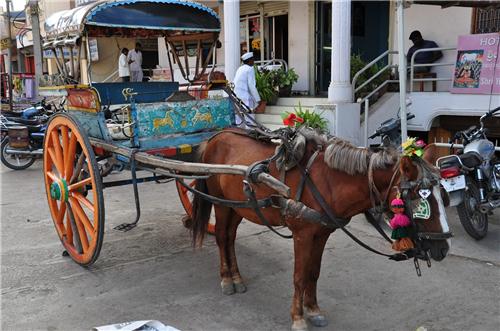 Bijapur is a famous location in the north side of Karnataka. The city and nearby places are always found crowded with the presence of travelers. Tourists coming to the city of Bijapur from the far locations prefer to have a one day trip from the city to nearby popular locations. Aihole, Basavana Bagevadi, Badami, Gulbarga, and Kundalasangama are the major places located near to Bijapur. These places include historical spots and religious spots. Marvelous structures built during the time of Kalyani Chalukyas can be seen in these locations very commonly. Details about these locations, which can be included in the group of one day trip destinations around Bijapur are given here: 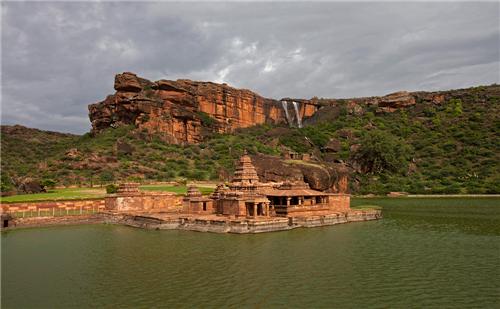 Badami is a place situated in the Bagalkot district, one of the neighbouring districts of Bijapur in Karnataka. The place was used as their capital by the Chalukya Dynasty during the early stages of medieval times. The location is a beautiful spot surrounded by many sandstone hills. Cave temples excavated in the location during ancient times is the most popular tourist attraction of Badami. Agasthya Lake is a famous lake in Badami and the cave temples are situated around this lake. There are a total of four cave temples in Bijapur, in which three are Hindu temples and the remaining one is a Jain temple.

Badami is situated at a distance of 100 kilometers apart from Bijapur city. One and a half hour journey by road is enough to take tourists from Bijapur to Badami. Bhutanatha Temple, Dattatreya temple, and Shiva temples on the North Hill in Badami are some other popular locations in the area visited by tourists. Before the separation of Bagalkot district from Bijapur, Badami and nearby tourist spots were the parts of Bijapur district. It would be good to spend a day in the caves and hills in this area with family and friends.

Aihole can be a perfect location in north Karnataka to have a one day trip from Bijapur. The place is located about 90 kilometers distant from Bijapur city. During the medieval times the location was under the control of Chalukya dynasty and the temples built by Chalukyas are the major attractions of the site. People from every sides of Karnataka visit the location to enjoy the historic sites and structures in Aihole. This city stands on the banks of the Malaprabha River in Karnataka and it was built here as the first capital of the Chalukya dynasty in the Deccan region. There are more than hundred ancient temples in Aihole and surrounding areas. Gowda Temple, Suryanarayana Temple, Ravana Phadi cave temple and Durga temple are some of the well known temples in Aihole.

There is a common believe that Hampi in Karnataka is the same place mentioned in Ramayana in the name Kishkintha. During the medieval times the location acted as the capital city of Vijayanagara kings. There are so many temples and historic structures in Hampi built by ancient rulers of the city. Hampi is a well known tourist destination in the Karnataka state and it is located about 190 kilometers south of Bijapur. It will take a journey of more than three hours time to reach the location of Hampi from Bijapur city. Presently Hampi is one of the UNESCO World Heritage sites in India and people from surrounding cities like Bijapur visit the place on their weekends. Tungabhadra River, Anjeneyadri temple, Virupaksha Temple, and Vittala temple are popular tourist attractions in Hampi. 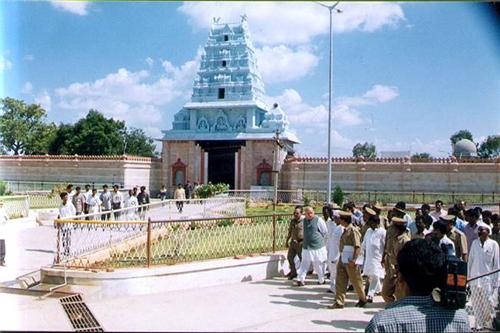 Kudala Sangama is the most popular pilgrimage destination near to Bijapur. The place is situated at a distance of 85 kilometers from the Bijapur city, at the border of Bagalkot and Bijapur districts in Karnataka. Samadhi of Basavanna is the major attraction of this site. Basavanna is the founder of Lingayat community in Karnataka and he was also one of the famous poets as well as a social motivator in Karnataka. A journey of less than two hours is required to reach this place from Bijapur city. Krishna and Ghataprabha two famous rivers in north Karnataka meets at Kudala Sangama and Almatti Dam, a popular tourist attraction in Bijapur stands just 15 kilometers distant from this place.

Comments / Discussion Board - One Day Trip from Bijapur