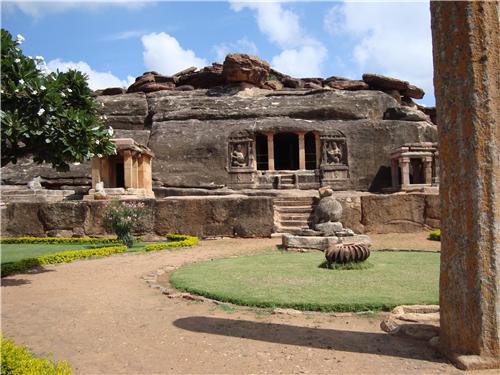 At present there are two Digambar temples in Bijapur. One is an ancient temple dedicated to bhagwan parswanth. This temple is known as Parshwanath Basadi located about 3 kilometers from the city near Darga. In the ancient times the Bijapur city was served as the main center of the Jains. During this time of Brahmanies the city was named as Bijapur. With time the power and sway of Jainism began to diminish. Bijapur, the historical city of Karnataka is also regarded as the birth place of famous poet shri Pump, who is credited with writing pump Ramayana and Mallinath Puran. The story of Mallinath, the nineteenth Theerthankara written by shri pump in Kannada is regarded as a great piece of art in the field of literature.

The black stone idol known as Sahasrapani Parswantha in Parswanth Basdi is about 3 feet high and of beautiful workmanship. A serpent with 1008 hoods spread over the deity as an umbrella is exquisitely carved in this idol. This idol is very attractive and unique of its kind. Several years back, when digging a mound, this idol is stated to have been unearthed and later it was installed in this temple.

This black stone idol possess miraculous powers, when a drop of milk or water is poured on in  any one of the serpent's hood it comes out throughout all the mouth and the complete idol get watered and showered.  A Choubisi of marble along with Bhagwan Parshwanath is also seen here. A 5 feet high black-colored idol of Bhagwan Mahavira in Padamasan posture can be found in this temple. All these idols belong to the period in between 10 to 15 CAD. Along with this there is another temple called Adinath temple is also located in the city and the idols installed in this temple belongs to 11th to 20th century. Provisions for Dharamshalas or rest houses for the pilgrims are there in these temples and these are well equipped with all the modern facilities.